Your Guide to TalkTalk Broadband

Out of all of the broadband providers, Talk Talk broadband is one of the newest and one of the most competitive on the market. The Talk Talk company was founded in 2003 as part of the Carphone Warehouse. It wasn’t until 2010 it demerged into a standalone company.

The company invested in its very own exchange infrastructure and as of 2012, 92% of its customers were unbundled. All of its broadband packages offer exclusive benefits and they are generally known as being some of the most affordable packages on the UK market.

Things to be aware of

Talk Talk does tend to provide combined telephone and broadband packages. However, they are available separately too. You will need to contact the company directly to find out more about their broadband only offers. The packages mentioned below are combined with phone bundles too.

What options are available?

The packages available to choose from are very similar to those offered from other providers such as EE. However, they do come with additional bonuses. You’ll find out more about these in the features and benefits section a little later.

The first package is “SimplyBroadband”. This is the lowest priced broadband package available when combined as a phone bundle, though like many of its competitors, the speed offered on this basic package is up to 17Mb. So it’s still pretty fast!

The second package is “Essentials TV”. Now as the name suggests, this one includes broadband, phone and TV. It features the same 17Mb speed and features as the SimplyBroadband package, with the added bonus of Talk Talk’s TV package.

If you’re looking for a faster speed, the Fibre Medium with SimplyBroadband is what you’ll want to look into. Speeds are increased from 17Mb to up to 38Mb. There’s also a Fibre Large package which increases the speed up to 76Mb.

To stay competitive, Talk Talk do throw in some pretty good benefits. For example, you’ll receive free Homesafe security. Most providers do offer a security package, but it is usually free for 12 months. With Talk Talk, the security is permanently free.

There’s also a Talk2Go app which enables you to use your mobile to make calls at landline rates. All of the broadband packages also come with unlimited usage, making them great for large family homes.

Perhaps the biggest advantage right now is the free Simply Broadband offer. If you choose the Simply Broadband package, you’ll get it free for an impressive 18 months. You’ll still need to pay the line rental but the fact the actual package is free for 18 months is fantastic. It’s a limited time deal but it’s just one example of the type of deals you can expect when you sign up with the provider.

Overall Talk Talk does offer some pretty impressive packages with great features and benefits. It’s definitely worth looking into the combined TV package too as it’s one of the most flexible in the UK. The only potential downside is it has received a weaker customer service rating than some other providers so this should be taken into account. 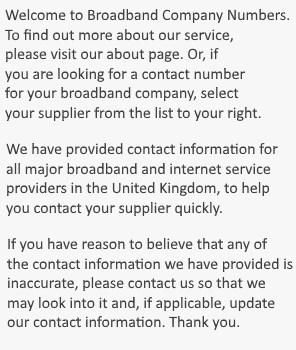